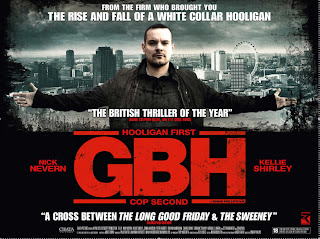 "G.B.H." is the story of Damien (Nick Nevern,) a London cop with some questionable allegiances. Having grown up in foster care with a lot of anger, he eventually resolved to join the force and use his anger and get back at the life that treated him poorly. His past doesn't disappear however, and his old group of football hooligans, frequently cross his path while doing his duty. Damien attempts to be a good cop, while giving his old friends a break once in a while, yet warning them not to count on his help. Most notable is his friend Kyle (Merveille Lukeba,) who doesn't listen to Damien's warnings and keeps pushing their allegiance.

We see Damien struggle to balance both sides as he responds to different calls including a young kid getting bullied over his football shirt. He initially brushes off the call as a kid being dramatic, but it spirals into a tragic shooting, which appears to have impending consequences for Damien, due to his handling of the call.

We also see a developing relationship between Damien and his fellow officer, Louise (Kellie Shirlie,) whose father Patrick (Con O'Neill) was once a cop himself. Patrick knows all about the hooligans as he was crippled responding to a football fight, which helped break up their family and inspired Louise to become a cop. This gives Damien and Louise some common ground as their pasts have both been greatly affected by the rampant violence. Patrick asks Damien to look out for his daughter, which he agrees to do. 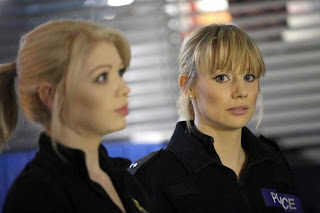 We see tensions rising in London as the hooligans escalate leading into the 2011 London Riots. When Louise is viciously attacked by a group of hooligans led by Damien's old associate, Barry (Peter Barrett)  it becomes more personal for Damien, and the right thing to do as a boyfriend and as a cop don't appear to be the same thing any more.

G.B.H. presents a world where football hooliganism provides an outlet for all sorts of would be criminals to indulge their worst desires. Damien comes from this background, his own father using football to move drugs, leading to his downfall. Allegiance to a football team provides a reason for bonding with friends and for fighting with those on the other side. In tense times, all sorts of pressures are brought out under the hooligan banner, eventually leaving the football by the wayside and to provide a license for robbery, rape and all manner of violence.

Through Nevern's excellent portrayal of Damien, we see that the police culture has parallels to the hooligan lifestyle. People join the force for all kinds of reasons, as Damien points out when he wonders why Louise joined. Being a cop is not so different from being a hooligan to Damien, providing a way to deal with his anger, only appearing more legitimate and giving him more authority. Being a cop would seem to provide a way to get over his past, but he can't really let it go, as he spending his off time with the same people he grew up with and visiting his incarcerated father. 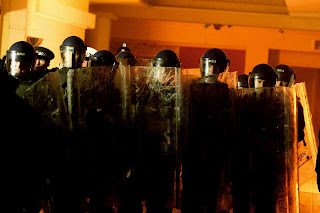 He indulges his anger and uses his position illegally, knowing he can always claim that someone he doesn't like was resisting arrest. We see a guy making an effort, but doing it halfway not realizing he can't stay true to his roots and get over them at the same time. Ultimately he's presented with a tough decision for anyone to make, but he struggles with it up to the last minute. "The apple doesn't fall far from the tree" he's told, an idea he isn't fond of and he does disprove in a way as his reasons are very different from his father's despite having the same outcome. Honestly, in the environment we see around Damien, it would be tough for anyone to do both the right and legal thing, and be sure about it, as the chaos seems perfectly able to touch everyone. 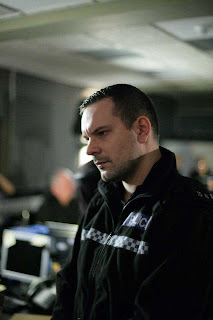 Kellie Shirley gives a great performance as a believable character and an interesting love interest. She covers a wide range of emotion including what must have been some difficult scenes, showing pain, anger and confusion, while avoiding easy resolutions. Con O'Neill adds much to the film as Patrick, Louise's father, who, confined to a wheelchair reminds us of the consequences of unchecked hooliganism. Peter Barrett's portrayal of Barry shows us where Damien could have gone, showing an unapologetic criminal using football to justify whatever depravity he can think of. The rest of the supporting cast functions very well creating a solid background where even the smallest characters add something.

This is Simon Phillips' first time directing, although it doesn't feel like it. He does a wonderful job, giving us a great looking film with a smart, nuanced story and top notch performances. Certainly his familiarity with crime films as an actor in the "Jack" series, (Jack Says, Jack Said, Jack Falls) and more recently, alongside Nevern in another Hooligan story "The Rise and Fall of A White Collar Hooligan" directed by Paul Tanter, who is a Producer this time around. The London presented feels big and small at the same time, big enough that you could think to escape your past, and small enough that your former associates are never far away. Rather than moralizing, he shows us many sides of the hooligan problem, which unfortunately has no easy answer, and is all the more disturbing for being based on real events. This is what that background does to one guy, and how difficult it can be to know the right thing to do. Being a cop doesn't keep anyone safe here, and we can feel the tension building in the city all around Damien, until it finally reaches full scale riot for everyone concerned.

Take a look at the trailer below and watch the film as soon as you get a chance. I can't wait to see what's next from Simon Phillips, Nick Nevern and everyone involved.