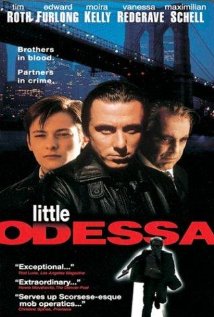 In Thomas Wolfe's novel, "You Can't Go Home Again, " he says "You can't go back home to your family, back home to your childhood ... back home to a young man's dreams of glory and of fame ... back home to places in the country, back home to the old forms and systems of things which once seemed everlasting but which are changing all the time – back home to the escapes of Time and Memory." This is a sentiment relatable enough that the phrase "You can't go home again." has been adopted as a common saying pulled out when someone notices that things aren't what they used to be anymore. Many times this is as much as physical truth as an emotional one. I know that I've visited the house I grew up in, and it felt nothing like a homecoming. No one I know lived there anymore, it looked completely different as well, the landscape altered to suit its current owners. Neighborhoods hold a lot of our identities when we're growing up, and it's easy to believe that your hometown says something about who you were, and who you become.

"Little Odessa" is a neighborhood in Brooklyn more formally known as "Brighton Beach" The "Little Odessa"  nickname comes from the population of Jews who came over from Russia and settled there. It's also known as a place heavily under the influence of the Russian mafia. In the film "Little Odessa" we look at one family from that neighborhood, the Shapiras. The father, Arkady Shapira (Maximilian Schell) came over from Russia himself, and after many years he still has old world written all over him.  He's a father who has tried his best with the tools at hand to make a life for himself and his family, but unfortunately his tools may not be the best ones. He's a truly imposing figure of authority, quick to pull out his belt to discipline his sons without wondering how effective this method is. On another more hidden level, he's a thoughtful man, who  realizes that his sons haven't learned what he wanted them to know.

Irina Shapira (Vanessa Redgrave) is the wife and mother. Her role is a bit limited, as she's mostly incapacitated by an inoperable brain tumor  Whatever role she had in the family is submerged by the unbearable pain she endures most of the time, although it's clear that her sons both love her. As she lacks any tolerance for physical contact, Arkady takes up with another woman on the side.

Reuben Shapira (Edward Furlong) is the younger brother. He still lives at home, under his father's thumb. He helps his father run a newsstand, and rides his bicycle around town. Reuben looks up to his older brother, who has been away from the neighborhood for years.

Joshua Shapira (Tim Roth) is the older brother, and the central character. As we see, moments into the film, he's a cold blooded hit man, not hesitant to shoot someone in the middle of the street. After dispatching his first victim he calls his boss, who tells him to head to Brooklyn, for his next job. He reminds his employer that he can't go back there, but his employer insists, and Joshua doesn't argue it further, as if only putting the initial complaint in for the sake of his own self respect. He knows going home is a terrible idea, but another part of him really wants to visit and see how things are. It's an understandable impulse. The FBI would be glad to tell you, that it's very easy to disappear and start a new life, as long as you cut all your ties. That's how they catch fugitives, they just wait until the guy they want tries to get in touch with someone from his old life, whether from need or nostalgia. We just can't forget where we come from.

Joshua does a lousy job at arriving in town incognito and very soon, Reuben hears he's in town. He's very excited to see his older brother and seeks him out right away. When he finds him, Joshua initially tell him they can't spend any time together, but true to form relents in a matter of seconds. Joshua learns that his mother is dying  and Reuben takes him to see her. Walking into his old home, he startles his grandmother, who shrieks, thinking she's seen a ghost. Arkady is not quite that surprised, he simply calls Joshua a murderer, and slaps Reuben for letting his brother in the house. Joshua isn't pleased and beats up his father for that, a task he's clearly waited to accomplish for some time. He then accepts his fathers demand that he leave the house.

Joshua and Reuben start spending time together. Joshua also reconnects with Alla, (Moira Kelly,) a girl he used to know. For a little while it seems he's forgotten about his job, being focused on spending time at home. Both Joshua and Reuben become aware of their father's mistress. When he's recognized on the street by someone working for the local mobster, Boris Volkoff (Paul Guilfoyle,) he shoots the would be informant on the street as he's about to make a phone call. We realize that Joshua has quite a few reasons he can't go home.

We learn that Volkoff is an essential part of Little Odessa. When talking about the tough times he's had to his mistress, she suggests he go to Volkoff. who helped her before. He says "He helps everybody." and explains "You take something from him and you keep taking. You can never get away." She insists that you can, but he argues

"You can't. It's too easy. It's weak. The weak are the killers and they come quietly and that's how they kill. It's God punishing me. I have to believe that, because if I didn't, I couldn't believe in anything." SHe tells him that he has his sons, and he tells her a little about the family dynamic "I had two sons once. I always tried to teach them, always tried to do my best. I made them play music. I played Mozart for him when he was five months old. I bought him a piano. I practiced with him. I read bedtime stories every evening. I was stupid I guess, to read to a child of two years old. "Crime and Punishment," I think that's stupid."

We know that Arkady is correct in his assumption. He's confronted by Joshua in the street and grudgingly agrees to let him see his mother, giving them a moment together. She tells him, that although he doesn't believe it, she knows he can change. He tells her he'll try to go to a party for his grandmother although we soon see that it's not likely he'll attend it as much of the neighborhood is there, including Volkoff, who confronts Arkady, asking if Joshua is in town, and threatening him with consequences if he withholds the information. Arkady insists he doesn't know anything about it, but it reinforces his need to keep Reuben away from Joshua.

Joshua has assembled a local crew for his job, and they carry it out, bringing the corpse to the dump in order to incinerate it. "No body, no crime." Joshua explains. He's not aware that Reuben is spying on the crew disposing of the victim. Once the killers leave, he picks up the loaded murder weapon and brings it home, fascinated with that aspect of his brother's life.

From there, this family heads to all of their necessary confrontations. Arkady hits Reuben with the belt when he refuses to talk to him. He demands again that he stay away from his brother. Reuben takes it all in and dismisses it, finally throwing his knowledge of his father's mistress in his face, a relationship he couldn't possibly accept or understand. This prompts another confrontation between Arkady and Joshua. Joshua humiliates his father, making a show of his powerlessness at gunpoint. This leads Arkady to try and wash his hands of his son, and he makes a phone call which accelerates a tragic final confrontation between Joshua and his past, which has consequences Arkady couldn't foresee.

"Little Odessa," director James Gray's debut feature, ends up being a bleak but powerful film.  Every actor is in top form, particularly Roth and Schell, whose performances give the story the range it needs to be a real tragedy. One remarkable feature about it is an amazing sense of place. This is a real neighborhood and it feels like one, down to the corner stores, and the places you drive by and never think to visit. You get the feeling that these people could really live here.

It's largely about the difficulty of keeping a family together, and of old ways relating to new ones. The best of intentions don't ensure a happy ending, or even that your son will become who you want him to be. Even the best of intentions, when administered with flawed methods, such as beatings, are likely to only produce resentment and anger.The central relationship here, is between Arkady and Joshua, although he're not told much about it directly. We can only assume that it was like that of Arkady and Reuben's, only worse since Joshua was much more headstrong than his brother. Despite Arkady's claims that Joshua is dead to him, we see that it isn't true at all, although it would be better for all if it were. Everyone has their own reasons for what they do, but we can't predict every way that our actions will affect those around us, especially those closest to us. We can avoid going home but you can't leave the things that shaped you behind, because they're part of your every action. The film considers where Joshua comes from, his father being a very large part of that. But to really understand the difficulty between father and son, we have to consider that Arkady came from somewhere completely different. He became who he was in order to survive, and those skills don't necessarily lend themselves to relating to his sons, who have always been provided for. His idea of "strength" was formed by his circumstances, but it isn't grasped by those who don't have the same need.

Joshua wants to go home, but he forgets what he carries with him. Although he's spent his life resenting his father, it's painfully clear that at least in one respect his father was right. His presence couldn't be a good thing for his impressionable brother. Joshua's occupation is walking up to people and shooting them, which is a very different thing than keeping those around you safe. Some things don't go away, no matter how long you stay away from home. Joshua knows that, and his first call is usually right, although his selfishness quickly brushes the right idea aside. His weak protest to his boss about going home, and to his brother, about spending time together, show us that he knows better, but in the end, he wants what he wants.  His reward is a homecoming that provides him a whole lot of closure, but leaves no one better for having it. 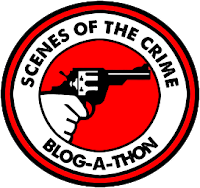