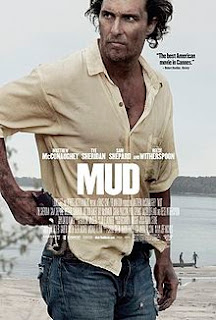 The coming of age film is a long tradition, but it's not often done well. Most of the time, it's an excuse to tell a formulaic story of small challenges wrapped up with a tidy moral (see Superbad, most Pixar and Disney Films.) Sometimes it seems to me that there's an understanding that "family" films must be bland and reinforce a limited moral code, as if "children" can't handle complex thought, or perhaps that there's a magical age when they suddenly become capable of reasoning although it was never asked of them earlier.

Personally, I've always felt that good coming of age stories are the best films of all, giving us a chance to look at our lives with a fresh perspective long after we've forgotten what it was like to grow up. Films such as, "Stand By Me," "Rebel Without A Cause," "The Return," "Mysterious Skin," and "My Life as a Dog,"  to select a handful of examples, agree that an important step towards manhood is realizing that nothing comes easy, and the adults don't have the answers either.

"Mud" is a movie in that tradition. It centers on two friends, Ellis (Tye Sheridan) and Neckbone (Jacob Loflan.) Ellis lives on a houseboat in Arkansas, where he helps his father deliver fish to local customers. His father is stern and strict about rules but it becomes more and more clear that he and Mom aren't getting along. Neckbone doesn't have parents, and lives with his uncle Galen (Michael Shannon) who spends most of his time chasing women, providing a safe place to live and more friendship than a parental role.

Ellis and Neckbone spend their free time cruising around the river. They're fascinated to find a boat stuck in a tree on an island, and attempt to claim it as their own. They soon find that the boat has already been claimed, when a mysterious man named "Mud." (Matthew McConaughey) appears on the beach, after they notice his footprints, which leave a cross imprint in the sand (for good luck he tells them.) "It's a hell of a thing, a boat in a tree." he says, and proposes a deal. If they help him by bringing food, they can have the boat when he leaves, which is supposed to be after his "true love," Juniper, (Reese Witherspoon) a beauty with birds tattooed on her hands, arrives to meet him.

Mud tells them half stories and shares his superstitions including the story of his lucky shirt. They get a hint that he may be more dangerous than he appears, as he has a gun tucked into his pants, and takes offense when Neckbone calls him a "bum" telling him that he could call him "homeless" or even a "hobo" as neither of those terms imply worthlessness or laziness. Ellis is more impressed by Mud than Neckbone, but he goes along with his friend's wishes.

At home, we see that Ellis is caught in the middle of his parents' bitterness, although when he asks his father, Senior (Ray McKinnon) about their loud disagreements, he's told to mind his own business. That situation rapidly degenerates as his father heads towards a breakdown and finally admits that his mother wants to move away from the river and into town. This would mean they'd lose the houseboat as she technically owns it. His father presents it as his way of life on the river being taken away, but it's not as simple as that. When pressed about it, Ellis' mother reveals that she's been keeping the family afloat for years, although Senior likes to believe otherwise for the sake of his masculine pride.

Visiting Mud becomes an escape for Ellis, even when it becomes clear there's more to Mud than he first presented. After the FBI arrives in town looking for Mud with "Wanted" posters, Ellis lets him know. He tells the boys that he killed a man who was cruel to Juniper. This only strengthens Ellis' resolve to help even as Mud changes plans, deciding he'll need to get the boat out of the tree and escape. Ellis sees all Mud's actions as performed for the sake of true love. Ellis himself is experiencing his own love at the time, and punches an older kid for harassing the girl he has eyes for in order to start a conversation.

Ellis and Neckbone discover Juniper in town and act as a third party for Mud's messages. This gets them into a tense situation with a gangster, the brother of the man Mud killed looking to exact retribution. Soon we see that the murdered man's powerful father, described by Mud as "the devil himself"  is in town as well with lots of help.Mud asks them to get in touch with Tom Blankenship (Sam Shepard) as well, referring to him as an "assassin." Tom goes with the boys to the island, but rather than help he scolds Mud and tells him he's not getting involved. He tells Ellis later that Mud has always gotten into trouble over Juniper, who has a habit of leaving Mud and picking up with dangerous men until Mud gets her out of trouble, only to do it all over again.

Tensions mount as the FBI, the gangsters close in and Juniper is hesitant to leave with Mud. Ellis has his own battles as he has a meaningful moment with the girl he likes only to have her ignore him later on when she's with an older boy. He tries punching the older kid but it doesn't work as well this time. They find Mud drunk and not wearing his lucky shirt anymore as if he's given up. The set progression is altered however, when Ellis is the victim of a snakebite and Mud has to leave his island to rush him into town before it's too late, setting up the circumstances that reveal everyone's true character.

"Mud" is a visually beautiful film, clearly focused on the river. Jeff Nichols proves again (Shotgun Stories, Take Shelter) that he's a gifted storyteller. Small touches like boat landings, and puddles full of snakes and houseboats give it the feeling of authenticity. Mud's boat in a tree set up calls to mind the treehouse in "Badlands" although this time inhabited by someone capable of living in nature. The characters as well, are all informed by the river, Ellis' family and Neckbone's Uncle Galen both make their living from the river (though Galen seems to have it down a little better than Senior) This way of life, it seems is not an easy one and on the verge of disappearing. Mud himself seems a throwback to another time, and we can't help but wonder how rare it is to find a place where a man can hide out on an island and only by chance be discovered by a couple kids. McConaughey makes this role his own, as he's had a habit of doing recently. This character is a guy who has become so wrapped up in his own superstitious persona and destructive pattern of behavior that he's forgotten about many things that most people live with, (such as the law, and consequences.) As much as Ellis is blinded to danger by the idea of true love, Mud has taken it to whole different level. His exhilaration and disappointment concerning Juniper have become his life by force of habit. His hideout on the island is significant however, as we learn it's where he and Juniper first met, perhaps a sign that he's looking at where he's been.

Ray McKinnon's senior is a tragic figure in a different way than Mud. He presents us with a portrait of a proud failure. Like Mud, he seems to long for another time, but simply isn't the man he'd like to be. He presents himself as a traditionalist who wants to preserve a way of life, but we learn that he adopted this way of life from his wife and her traditions and this doesn't pay the bills. Mary Lee, has had all she can take of the river, as she grew up with it never feeling the need to mythologize.

Tye Sheridan does a tremendous job as Ellis. He sees everything that's happening and we catch him at a pivot point. Everything he knows about the world from being a child is being challenged. His mother and father aren't staying together, his father's work ethic appears to be pointless, and his ability to see love as a worthy motivation is severely challenged. He wrestles with these issues internally and by his own direct actions for mostly little reward.

Reese Witherspoon is another twisted character, as caught in habit as Mud, who she says she loves but can't live with. It's easy to see why Tom Blankenship thinks poorly of Juniper, as she certainly seems bound for ruin, damaging everyone around her on the way. Yet, Juniper's behavior is a known quantity. We know that she has a pattern, so while Blankenship blames her for Mud's misfortune, Mud can hardly be surprised. We do in fact see that Mud eventually accepts reality but certainly not easily.

The figure of Mud offers possibilities to Ellis. While boys typically see their fathers as a preview of what they might become, Ellis isn't happy with that. He knows his own father is miserable, powerless and broken in ways he isn't able to understand yet. Senior is also resigned to the fact that everything is crumbling. Ellis is young and wants to believe in things, possibility and true love. He isn't impressed by Neckbone's Uncle Galen, a figure of manhood who appears very limited in his expectations. Mud, at least on the surface presents a purer picture. To Ellis, here's a guy who lives by his superstitions and risks everything for the girl he loves. Of course, he learns eventually that Mud's ways are partly an act he uses to escape accountability. Ellis is hurt when Mud gives up on Juniper, despite the fact that he has little choice if he'd like to avoid prison or death.

Nothing works out the way Ellis would like it to, but his good faith is still rewarded when Mud saves his life at great personal cost and he even risks everything again to say goodbye before leaving town. Maybe Mud is still a fraud, but he has some good points too, that came out because the unexpected happened. In "Mud" nobody has all the answers. Mud knows as little about love as anyone, including Ellis' parents or Ellis himself.   But that isn't to say there aren't people who come through for you, Mud does in his way, and Tom Blankenship does the same thing for Mud. Despite washing his hands of Mud's latest campaign, he comes through when it counts in a real and surprising way. And Senior stays there too, even as the way of life he imagined he'd wanted is gone. It's all a risk, and everyone is both more and less than they first appear, but it isn't hopeless. Everything can change, but there's plenty around to believe in if you want to.

I really want to see this. Thanks, Brent.

It's definitely a worthwhile experience. Let me know what you think after you do!

How interesting. I first heard of this film a couple of days ago when it was on a 'Biggest Summer Flops' post that Matt shared. But your (really well written) review has really piqued my interest. It sounds complex and well acted.

Hi Mandy! I thought it looked good from the trailers, but it so far exceeded my expectations! Let me know if you check it out. I'd love to hear your thoughts.