Gary Oldman very often plays characters who make their own rules, or at the very least, get them from another planet than the rest of us. He's one of the best at playing the "bad guys." but his range always suggests that there's more to it than that. Even at their most insane, his characters are frighteningly competent and not to be underestimated. Oldman brings an intensity to every role, making even bad movies good for the moments he appears. Fortunately he's in more good films than bad ones. He's also very capable of different types of roles, including good guys such as Batman's Commissioner Gordon. It's the uniquely obsessed and tortured genius types that really bring out his best. Even in small parts Oldman stays with you. Here are my ten top picks. Of course there are many others. Feel free to leave your own picks in the comments, and check out the Criminal Movies Facebook page for clips. http://facebook.com/criminalmovies 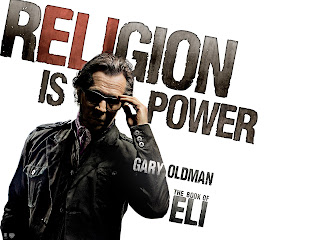 Carnegie is the self appointed mayor of a post apocalyptic town. He's consumed with searching for the book carried by Eli (Denzel Washington) Carnegie wants to bring religion back as a dependable way to rule the people and expand his kingdom. He's willing to use any means necessary to achieve his ends, whether prostituting his citizens or murder. Ruthless, resourceful and utterly without compassion, he's sure to get what he wants, usually without getting his hands dirty, although he will if it suits him. 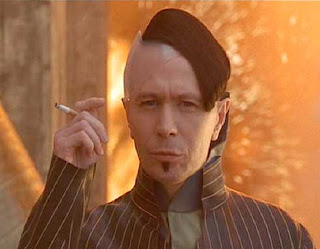 Zorg is an eccentric and wealthy industrialist in League with the Forces of Evil to track down the mysterious "fifth element" the universe's only defense against extinction. Zorg sees only profit in the widescale destruction that evil will ensure. The fifth element turns out to be Leeloo (Milla Jovovitch) a strange woman who appears out of nowhere. She's assisted by cab driver Korben Dallas (Bruce Willis.) in finding the pieces needed to mount their defense. Zorg has agents everywhere and a long enough reach to search across the universe. He delights in betraying associates, most notably the Mangalores, an alien race of shapeshifters who vow revenge. 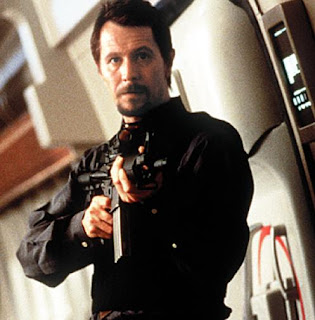 Ivan Korshunov is a villian straight out of the Die Hard playbook. He's a terrorist who takes control of Air Force One, which has the president of the USA, James Marshall, (Harrison Ford) and his family aboard, in order to secure the release of a prisoner, General Alexander Radek. Korshunov threatens to kill a prisoner every half hour until the General is released. He doesn't however count on a president who will fake an escape in order to stay onboard and pick off terrorists one by one. Korshunov is a bit limited by Marshall's impossible competence and goodness, but it's a treat to see Oldman in the textbook terrorist role and he's a perfect contrast to Ford's too good to be true superhero president. He reminds us, "You who murdered a hundred thousand Iraqis to save a nickel on a gallon of gas are going to lecture me on the rules of war? Well DON'T" 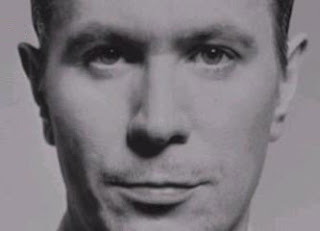 Oldman is tremendous in what I would think is a part not too many people could play or would want to, Lee Harvey Oswald, one of the most reviled men in American history. Oldman's uncanny physical resemblance has a remarkable effect. His Oswald is troubled and full of contradictions, making him an easy tool to be used by others. The performance is amazingly humanizing, especially for a figure who we've seen in the same clips so many times. While it doesn't provide much in the way of answers, it does raise a few questions. 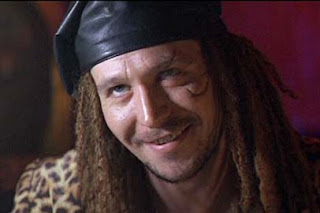 Although Drexl has very little screen time in True Romance, the time he has sticks with you. Drexl is a low level drug dealer, who somehow came to believe himself a black man. Add Drexl's own brand of homespun psychology and you get a frighteningly bizarre figure. Drexl is also a pimp to Alabama (Patricia Arquette) a fact which her new husband, Clarence Worley (Christian Slater) can't tolerate. Drexl doesn't give away Alabama's freedom easily, ridiculing Clarence and remarking "He thinks it's white boy day." Drexl very nearly ends Clarence's quest, but ends up underestimating him. Off beat even for Gary Oldman, Drexl is truly one of a kind. 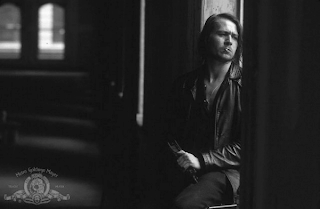 Jackie has spent his life working as a hot headed thug for his brother, Frankie (Ed Harris) in the Irish mafia. He's ecstatic to welcome back his best friend Terry (Sean Penn) into the fold after a ten year absence, not knowing he's now an undercover cop. Jackie however has his own sense of right and wrong, and doesn't hesitate to kill three high level mobsters who show up on his gang's turf. His unrestrained behavior leads to consequences from his cold blooded older brother, who is ordered to kill Jackie because he scares everybody. Jackie is insane, lethal, and funny at the same time, and always riveting to watch. 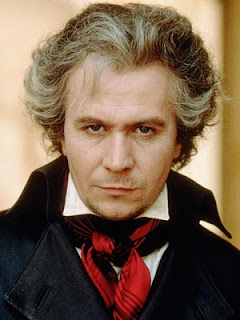 While most don't think of Beethoven as an anti hero, he certainly is here. Full of secrets, obsession and complexity, Oldman's Beethoven is a tortured perfectionist. We're given given access to Beethoven via his associate, Schindler (Jeroen Krabbe) who questions the women in Beethoven's life after Beethoven dies, leaving a note and a secret will, "To my immortal beloved." The identity of the beloved is a mystery Schindler resolves to investigate. Through the investigation of those who knew him, we're given a picture of an extraordinarily passionate man, barely tethered to the real world, yet severely limited by his deafness. Beethoven will go to great lengths to control the destiny of his nephew, and thinks nothing of beating a female student who plays without passion. Cruel and abusive, but brilliant and driven. As Johanna, the recipient of his most extreme cruelty concludes, "I could not hate the man who could write such music."Ultimately, there is always his music, the most revealing means of finding the man behind it. 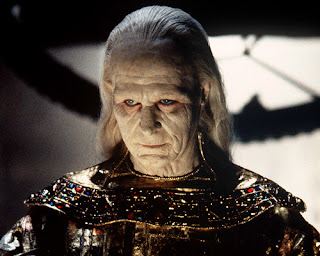 Dracula is one of the oldest antiheroes around. Here, Oldman's Dracula is a man so disturbed by the death of his beloved that he resolves not to die until she returns. This feat includes selling himself to Satan and becoming a vampire, which hardly seems an impediment except for in the long term giving him all sorts of fantastic powers. After centuries, Dracula sees Mina (Winona Ryder) who he is certain is his wife, returned. He resolves to get to her, although he must contend with her fiance, Johnathan Harker (Keanu Reeves) and vampire hunter Abraham Van Helsing (Anthony Hopkins) Oldman gives a fantastic performance here, ranging from the birth of the vampire to centuries later with what he's dreamed about in his grasp. 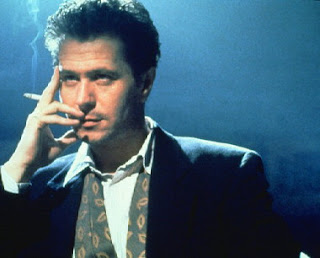 Jack Grimaldi is a crooked cop and a master of justifying his actions. He lives a kind of double life, keeping up with married suburban appearances while at the same time supporting a mistress and hiding money in "the hole" in his back yard, obtained by giving up the locations of witnesses to the mob. An assignment to guard assassin Mona DiMarkov (Lena Olin) sends his life in an unexpected direction. We watch as everything spirals out of control, narrated by Jack himself, long after the fact, in a new identity out in the middle of nowhere, telling the "story of an unlucky guy who fell in love with a hole in the ground; a ghost, haunting his own grave" 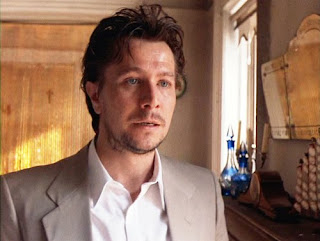 In The Professional, Oldman's DEA agent Stansfield is the guy on the right side of the law. He manages to use his position however, to make as much illegal money as possible, getting his fingers into drug deals. Stansfield thinks nothing of murdering witnesses even when they're children. He's almost a force of nature, he can do anything he likes and no one can touch him. However, when he murders the family of young Mathilde (Natalie Portman) and the reclusive hitman Leon (Jean Reno) lets her in his apartment, thereby saving her life, Stansfield finally makes an enemy that can reach him. Leon is as efficient as Stansfield is untouchable, making the two very evenly matched, but if not for Mathilde, their paths would never have crossed. Stansfield is an amazing character, whose insanity is given strange depth by Oldman's performance. He is an emotionless monster who will destroy anything to get what he wants, yet has his own method to his operations, which includes discussing Beethoven with his soon to be victims and reminding a little girl planning to avenge her family that he wouldn't enjoy taking her life if she didn't want to live.
Posted by INDBrent at 2:49 PM

Agreed love him in Leon, need to see JFK!

Oldman was incredible as Oswald in JFK. He didn't have a ton of screen time but as always he makes the most with what he has and leaves a lasting impression. Incredible. He has a real knack for playing divisive historical figures - Sid Vicious, Oswald, Beethoven...

@Pete, Yes, his turn as Oswald is nothing short of amazing.

@J.D., Agree completely. Seeing him play Oswald, made me feel like I was seeing a version of history brought to life. I debated between his Sid Vicious and Oswald, finally deciding on Oswald because the role was really so astonishing.

Although Oldman is hugely impressive as Oswald, my favorite performance of his is as Beethoven. The scene where he puts his head to the piano to feel the vibrations of the music he can no longer truly hear and the rapturous expression on his face just steals my breath. I do not know why Oldman does not have entire case of Oscars. He is one of the most remarkable actors working today. He becomes every role he takes on and breathes life into characters that would be rendered ridiculous by less talented actors.

@Melissa, totally agree, he's one of the best around. His Beethoven was truly amazing too! He really does get into the skin of his characters.

One of the best things about this list is the fact that he doesn't look like the same man in ANY of these photos. He's completely unrecognizable as Gay Oldman in half of them. I really have to get on watching more of his films, I've only seen a handful of these--True Romance, clearly, being one of my favorites. But now I've got a brilliant list to pick from!

@M. Hustader, Thanks! that's what's so amazing about Oldman. He's practically a different guy from one movie to the next!

Gary Oldman is a wonderful actor and he can never go wrong in anything he does. My favourites of the above list are Ivan, Jackie and Dracula.

Love him so much he's one of my favorite actors I didn't know he was in some of these movies.